The Six November 2020 Major for Europe is now upon us, capping off an exciting season, so here’s all you need to know about the November 6th to 8th event.

The European Major will see four teams in attendance playing in a double-elimination bracket. Interestingly enough, the Major will only be contested between Russians and Frenchmen, with 10 of each nationality.

Stage 2 of the European League (EUL) saw the French squad of BDS Esport dominate once more, securing 22 points from seven wins and one draw. Its only loss came in the penultimate week to a Natus Vincere squad not in attendance at the Major and after BDS had been confirmed to be headed to the Major.

BDS is seemingly an unstoppable force, and as G2 Esports found out in August, very little will stand in its path to victory once more.

The (Team) Empire Strikes Back

After a disappointing finishing position in Stage 1, Team Empire very nearly doubled its points tally in Stage 2 in a possible preview of their 2019 Raleigh Major-winning form. Aside from BDS, Empire won the most games in Stage 2, though finished six points behind the Frenchmen.

What’s more, the Russian team also only dropped points to the other three teams attending the Major — aside from its forfeit loss against Team Vitality. As such, while Empire rose above every other team in the league, it is unclear as to what its exact strength is when stacked up against BDS Esport, Tempra Esports, and Virtus.pro.

Tempra To Third This Time

Much like Team Empire, Tempra Esports had a strong turnaround in Stage 2, shuffling its wins, draws, and losses from two, four, and three to four, three, and two, respectively. Most notably, Tempra turned up by beating both G2 Esports and Rogue, but lost to both BDS and Virtus.pro by similarly wide margins.

Only a point behind Empire and a point ahead of Virtus.pro in Stage 2, Tempra will not have an easy path to a possible victory. Results could fall either way for this French squad and predictions will be tough to make.

Of the four teams, only Virtus.pro saw no change in league position from Stage 1, having finished in fourth place both times. Winning four games both times as well, the only salient difference was the conversion of two losses into draws.

What Virtus.pro holds over Team Empire and Tempra Esports, though, is the fact that the former beat the latter two teams and that these Russians only lost to league-leaders BDS by two rounds. As such, their fourth place may belie a strength that could end up surprising viewers and opponents alike in an electrifying tournament.

Make sure to tune in at twitch.tv/Rainbow6 on the 6th of November at 2 PM CEST (UTC+2) as Europe sets sights on crowning the November Major champion. 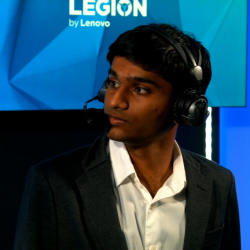 Join the newsletter to receive the latest updates in your inbox.

Join the newsletter to receive the latest updates in your inbox.